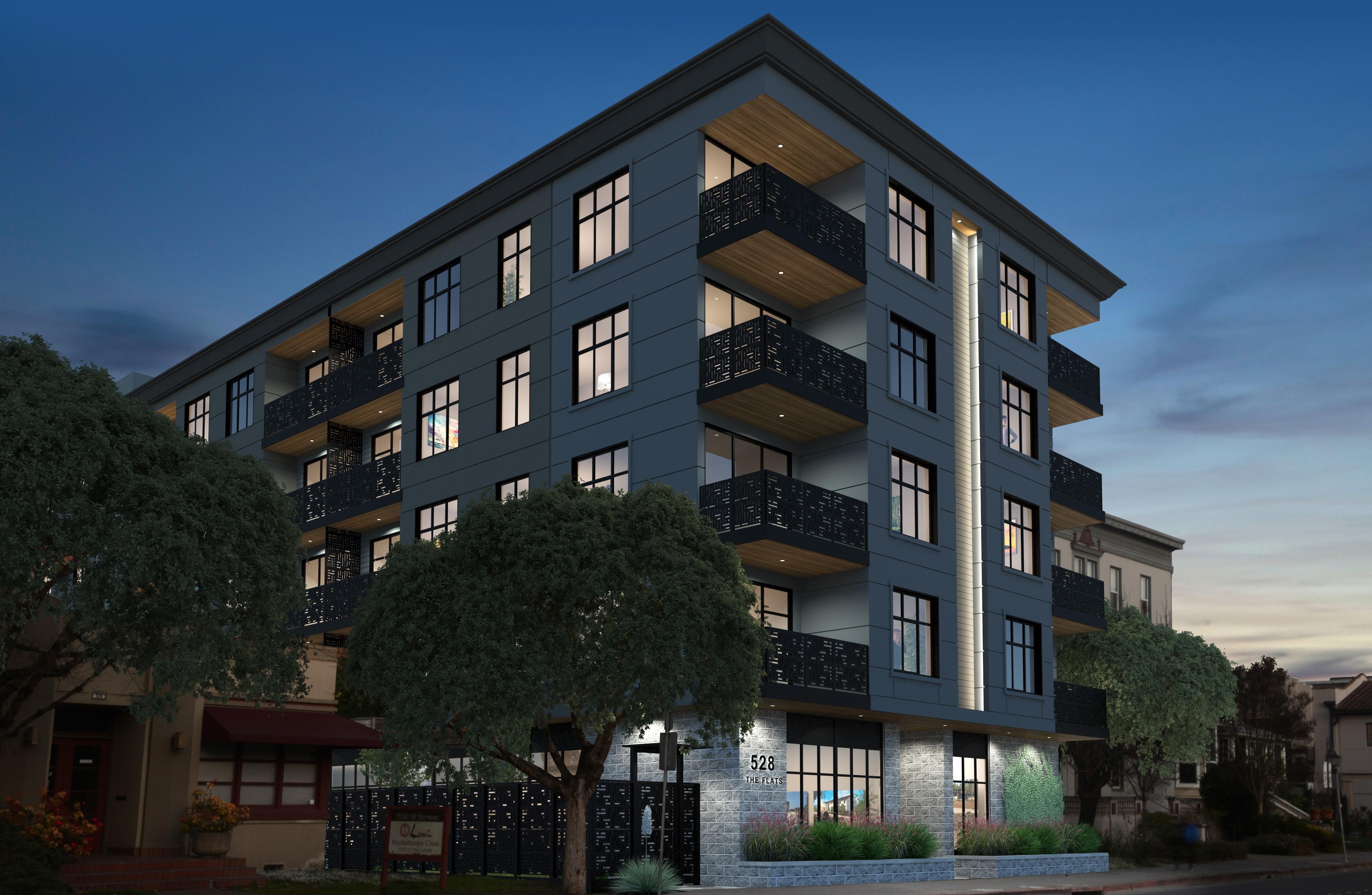 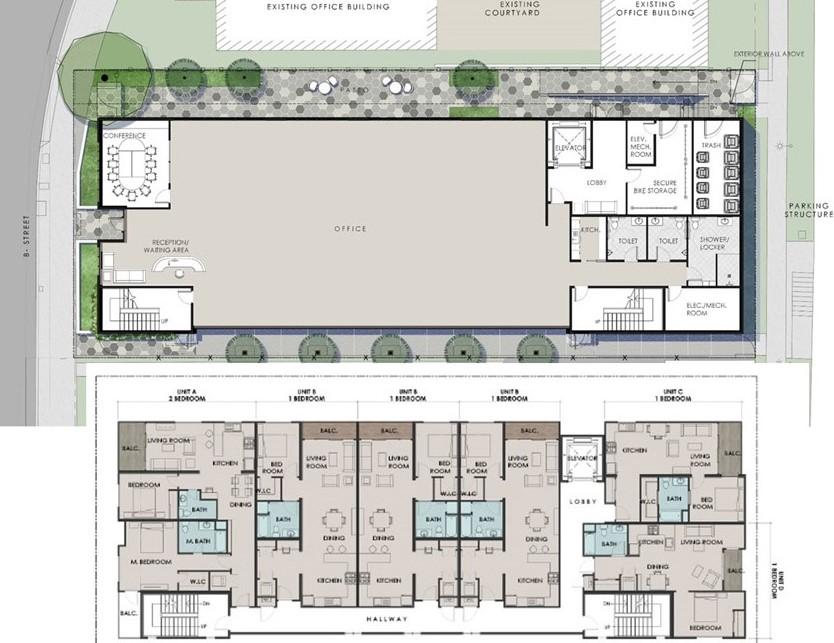 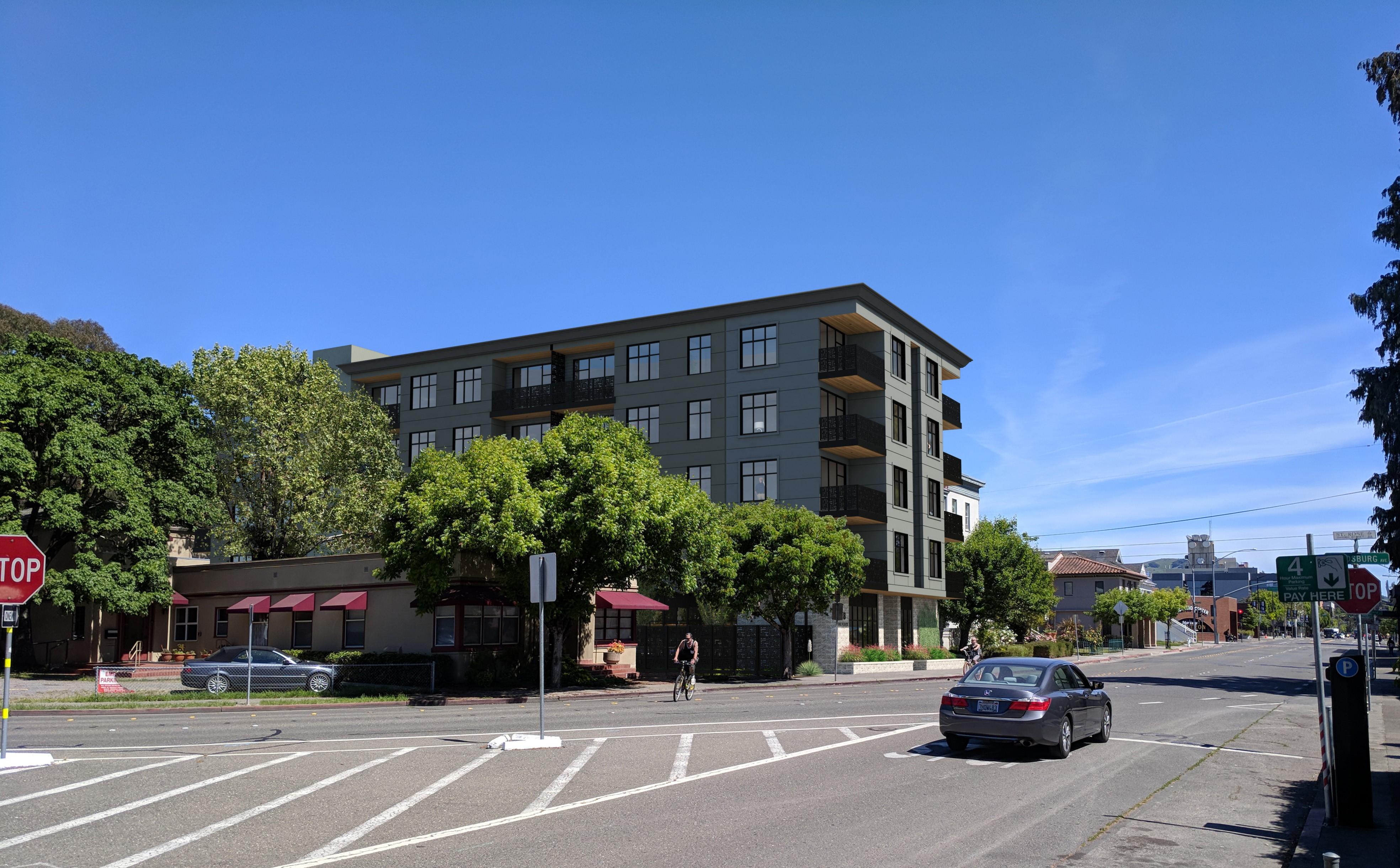 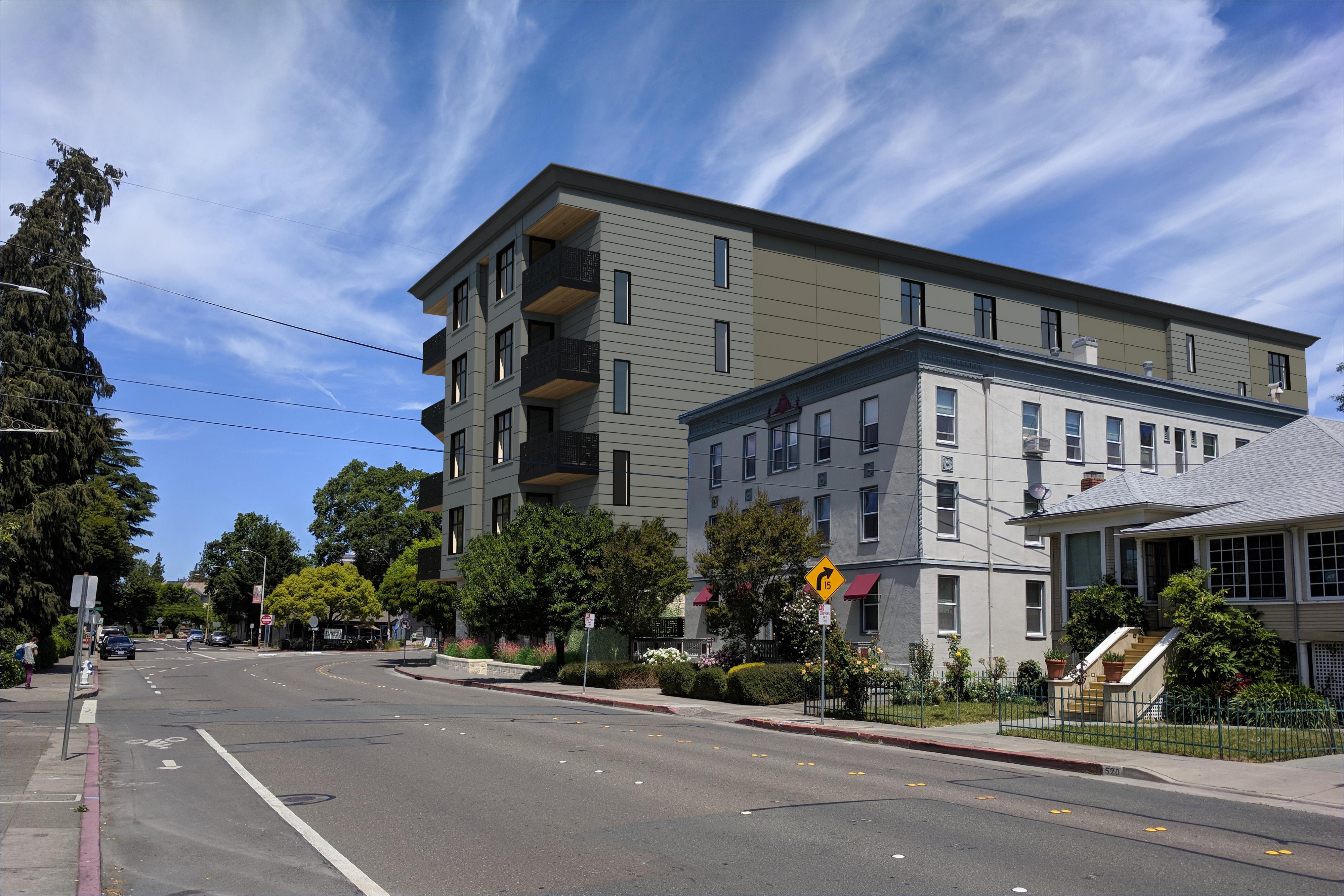 The Flats @ 528 B Street is a mixed-use, transit-oriented-development proposed in one of the gateways into downtown Santa Rosa. The ground floor will be the offices for ArchiLOGIX and development partner, property investment firm, the Morrison Karsten Group. 24 1-and 2-bedroom residential units are proposed on floors 2-5. Parking for the development will be in the adjacent City-owned Garage #7. Project entilements were achieved December 2020 and ArchiLOGIX looks forward to blazing the trail iwith increased density on an infill parcel that is close to transit in a gateway area that is within multiple planning district boundaries. The proposed development straddles the St. Rose Historic Neighborhood District, the Downtown Station Area Specific Plan boundary, and is in a Priority Development Area (PDA) for housing because of proximity to the downtown SMART station, the Transit Mall bus terminal, and services in the downtown. The Flats @ 528 B will provide a buffer between residential neighborhoods and increased height and density in the downtown.

The existing non-contributing building will be demolished to make way for a five-story with ground-floor offices and 4-stories of residential units above. The proposed 24 apartments are made up of 4 studios, 16 1-bedroom units, and 4 2-bedroom units. . 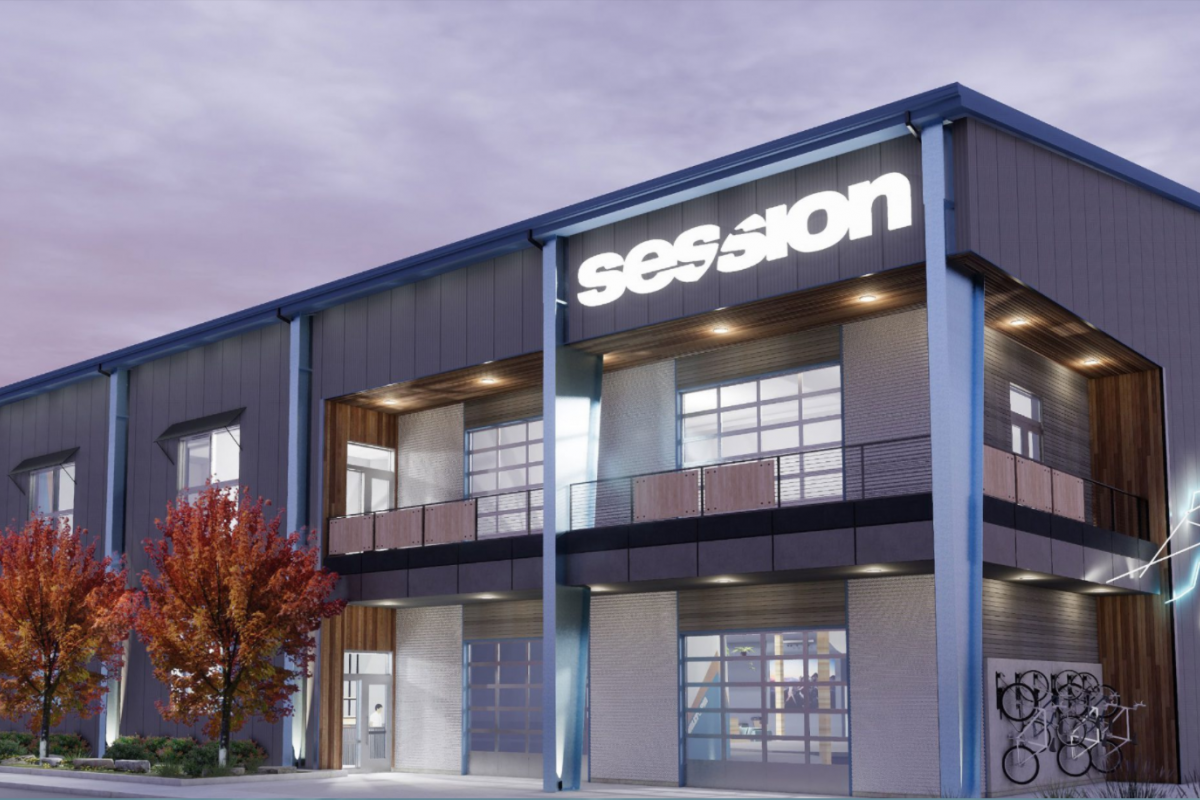 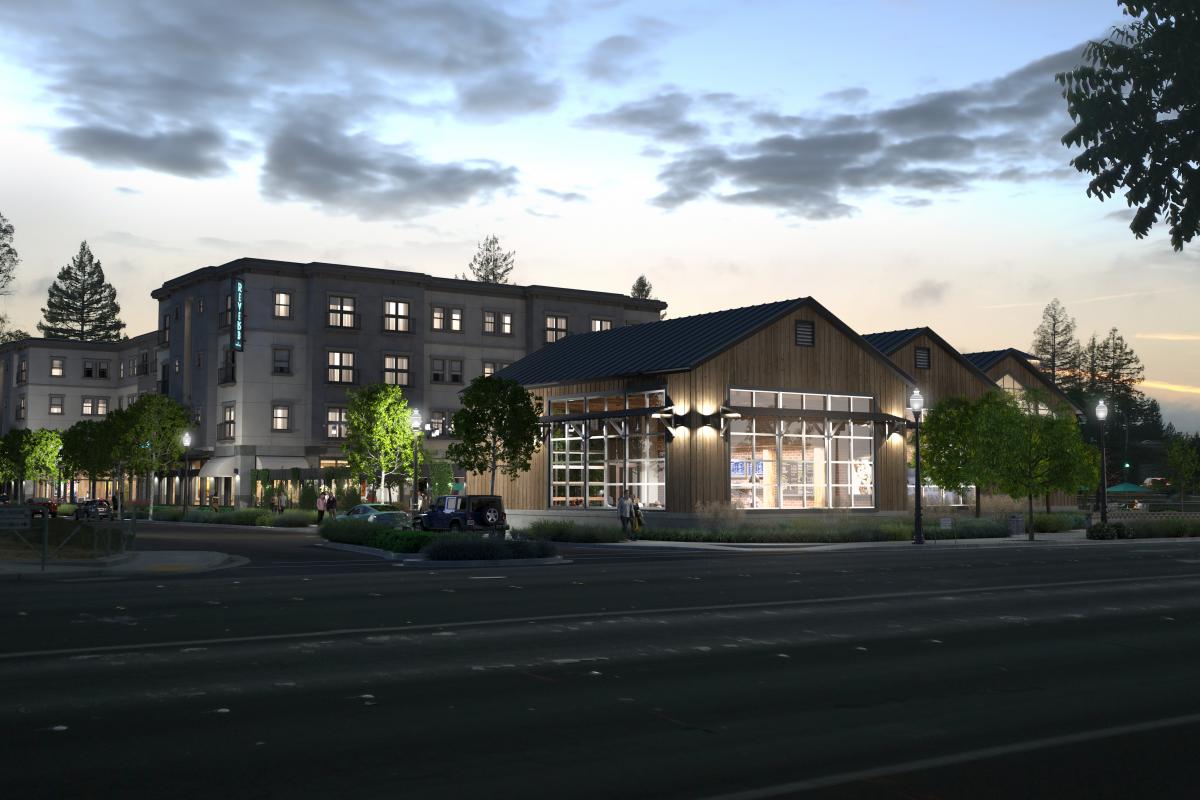 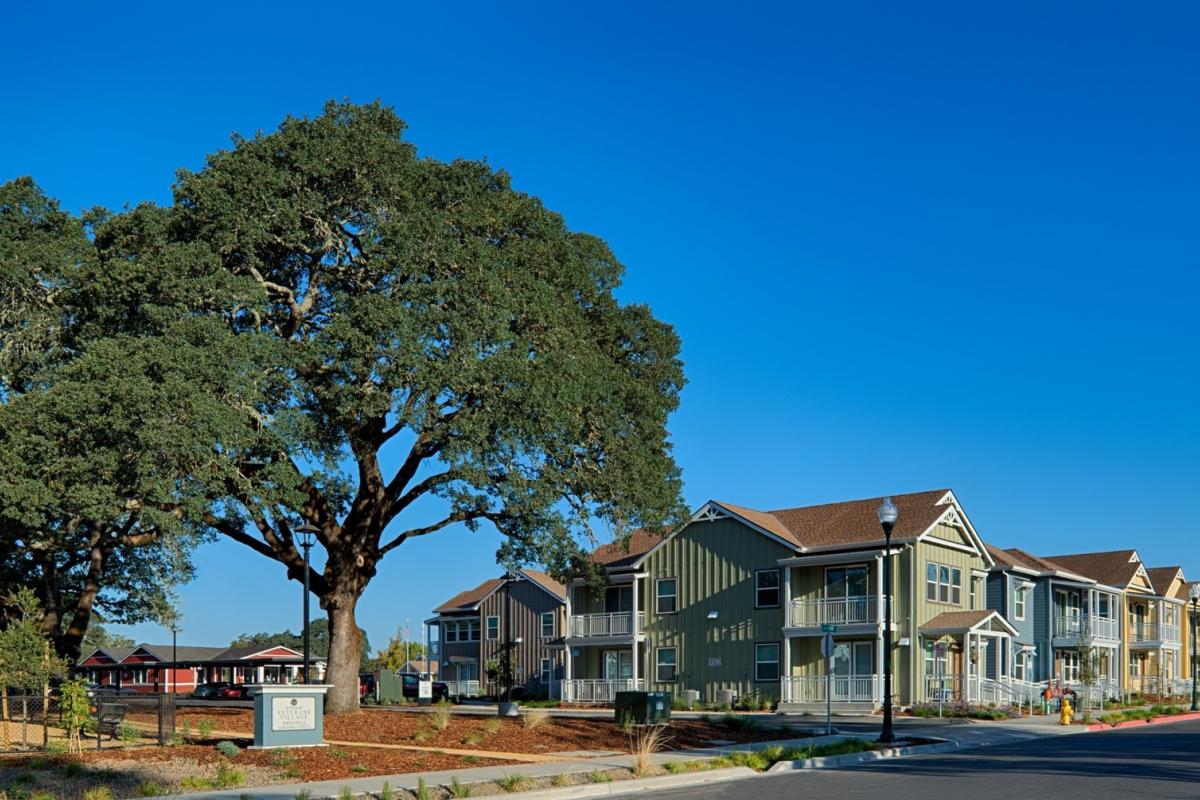